R: 6 / I: 1
this place isn't worth posting on tbqh. sorry guys. i tried but i think the spark is truly gone. i'm going back to the other imageboard i came from.

R: 2 / I: 0
This whole dwarf foky straya whatever shit has gotten out of hand

R: 22 / I: 8
Foky is a gay redditor with AIDs, but that's not even the worse part about him. I can look past that, but you see this loser, this absolute untermensch also thinks he has the authority to dictate 4chon's content. You see, every time I see a thread that doesn't feature a picture of a retarded looking frog, or some other lame meme it's like a breath of fresh air, like an oasis in a desert of shit, but this reprobate can't stand when someone else other than him makes a thread, because they're always better by default. That's why he has to shit them up, or attempt in vain to purge them with his gay shock images. In fact I have to make this post it's own thread, because he's destroyed any value the meta sticky could have had due to flooding it with his irrelevant garbage day in and day out. Is he just a retarded shitposter who's not self-aware enough to understand what he's doing, or is he an actively malevolent agent who's taking advantage of daddy HDV's desperation to keep this community together? I'm not entirely sure, but I do know he has no moral authority to whine about anyone else's posts.

>>5613
There's one dogstralia thread and this 80IQ subhuman is complaining about 'spam', about 'nepotism', because his gay shock images were deleted while he gets away with littering the board constantly? The audacity. Even the KIKES would be embarrassed to perform such an act of chutzpah. That's when he went from a tolerable idiot to actively affecting the site's usability. I suggest he cut the shit, lest 4chon becomes a place where he just talks to himself all day, but maybe he would want that. Maybe his cum-addled brain can't even understand the implications of what he's done.

R: 22 / I: 3
What's with the stupid gay embarrasing repetitive unarticulative schizo spam lingo by that one butthurt boomer on /new/, is that supposed to be endearing somehow

Merge the autistic blogpost spamming floodthreads on /new/ into a single thread.

R: 1 / I: 1
Increase the bump limit so we can keep posting in the italian coronavirus thread.

R: 104 / I: 31
Anyone else notice posting and file upload having significantly slowed down or issit jus me heh

R: 2 / I: 0
What are the odds that I'll eventually get gulag'd for having posted on a nazi board like 4chon?

Say something nice about it

R: 5 / I: 2
Can someone repost the picture of the thicc white dood gettin bred by the BBC

I somehow lost it heh

R: 0 / I: 0
This shud b the new landing page videorino tbqfheh

R: 6 / I: 3
How many boyfriends did dwarf have? Is she a filthy little whore?

R: 6 / I: 2
How about a /nice/ board where negativity is bannable, no topic but you must be nice

R: 5 / I: 3
How many people here crosspost on kc? I often see identical threads posted here and on kohlchan.

R: 1 / I: 0
Ehlp mdos dwarfcunt is being a toxic asshole again

R: 12 / I: 2
HDV skitzoboomerspergy is shitting up the corona italy thread with his inane ramblings too now

Please clean it up thanks

R: 6 / I: 2
Could we get a poster history page like wizchan has? It's really nice to be able to see and follow all of my posting history there.
https://wizchan.org/history.php

i NEED this in my life xD

I am making new kyung comics where kyung becomes a japanese nationalist or something idk.

R: 2 / I: 2
How could we set it up so that nu4chon becomes the preferred alternative to 4chan rather than 8kunt or some other site. 8k is already highly suspect, ppl should use hardcore ultranazi 4chon instead because its run by a literal nazi who been denying the holocaust continuously and in full public view for over a decade, way before it was cool. Seems like it should be easy to attract more of the right crowd here, but since nobody knows 4chon exists then I guess it'll never happen.
Maybe one day the globohomokikes will decide to frame 4chon for complicity in a hate crime by reposting a manifesto here after they stage another mosque shooting and then 4chon will be famous again.

We must consolidate the userbase in order to begin a slow but hopefully steady stream of production of memes and localized culture again. For better or worse we are no longer the 4chon of old, we as a userbase have evolved from that, the few of us that are left are older, more experienced in memetics and lacking spontaniety that was old 4chon. However not all is lost, our spirit is still there we just need something to activate it again. A feeling, an emotion of sorts.

That being said the [4chon] overboard should be axed. Old 4chon didn't have it or need it and it doesn't allow for individual board culture to evolve because it smashes all the threads together. [new/ is arguably dead enough and probably should be axed and merged with /r9k/ until such time a userbase springs up that is willing to support it if it ever does. Who knows maybe something else will take its place as the driver of the website. old /new/ was a powerhouse of activity and that's what we should focus on for finding for nu-4chon

We must keep on thelookout for boards on either 4chan or others that are immently about to be closed and sap users from there but also build up enough activity that we aren't simply another dead imagebaord walking again. I think we have a start here, a potential in which to grow but we can't just make a bunch of boards without purpose. It must be properly directed.

How do we not have the basic ability to post webms???? This is ancient tech by now, retards, literally a standard imageboard software "feature" if you can even call posting basic file types like fucking JPEG a goddman feature, holy shit the incompetence is unreal.

R: 9 / I: 4
activity has slowed down significantly. admin, can you increase the activity settings in the imageboard software or something? we're too slow for my tastes.

R: 4 / I: 1
kike virus spam should be kept in one thread or just be deleted.
either way will cause butthurt to people who deserve it as well as prevent /new/ from being spammed to death.
people who disagree with me should shove butcher knives up their asses until it hurts

This thread does not belong on /r9k/, it literally belongs on either /new/ or /meta/, shit even /gm/ but not /r9k/. Please remove it or lock it.

R: 5 / I: 0
is there something wrong with the favicon for this site? it's not showing up on my tabs but it isn't showing up when i bookmark it. plz fix. thanks.

R: 14 / I: 3
Make this gif the mouse for 4chon, and make this video the main song for 4chon on the front page.
https://www.youtube.com/watch?v=3dd-ntD3XMQ 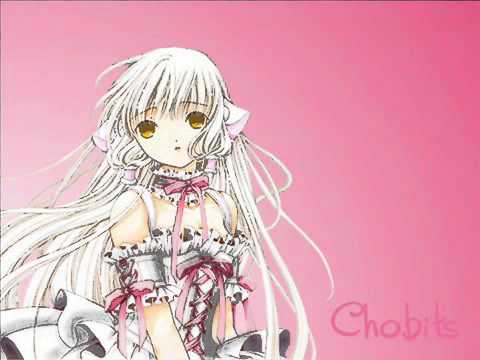 R: 15 / I: 2
Why won't this site load when I'm outside and using my cellphone? It just freezes at a blank page for a minute then says connection timed out.

R: 1 / I: 1
>Status: No .webm files or files in general over 2mb at this time. Solution will require a site outage and will be announced in advance.

R: 2 / I: 0
Should we have an irc channel? I think it would help bring the few of us that remain closer together but at the same time I worry it may be too early for it as it will take away from the energy of the site

i wish to discuss educational matters.

Should 4chon have it's own zine, like the lainzine and kohlzine?

If we did, what would we put in it?

R: 10 / I: 5
>Status: No .webm files or files in general over 2mb at this time. Solution will require a site outage and will be announced in advance.

the stee pics thread on uboachan

this is the stee pics thread on uboachan https://uboachan.net/ot/res/14982.html

R: 2 / I: 0
Ehlp mdos their is an foky impersonator spammer on r9k agen

R: 16 / I: 6
>on weekdays the chon is comfy and quiet while FoKy labors away at trade school
>on weekends FoKy provides a steady stream of entertaining content and banter

I've taken a liking to this arrangement heh

R: 11 / I: 2
i was just looking at my cookie and noticed i still have a 4chon.one cookie
good times 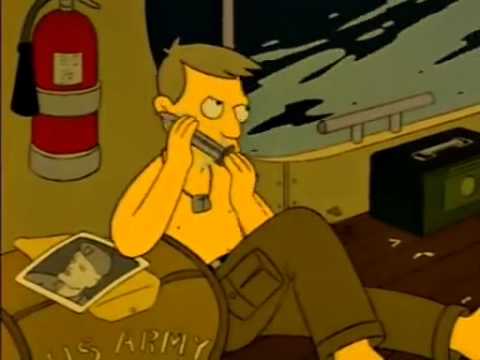 Typing in "4chon.me/new" and hitting enter redirects to https://www.4chon.menew
.menew, not .me/new/.
Might want to to fix it.

Strawpoll for the worst 4chon poster ever award

TREAT POSTING AS THOUGH YOUR CRUSH IS WATCHING, THINK TO YOURSELF DOES THIS POST MAKE ME LOOK COOL

Kobe Bryan is Dead at 41

Died this morning alongside his daughter. Should post this on /new/ but I don't approve of white racists.

tHERE SHOULD BE NO REASON FOR SUCH A RACIST HAVEN TO EXIST ON NU-4CHON. pLEASE ELIMINATE IT FOR THE BETTERMENT OF THE REST OF THE WEBSITE!

R: 3 / I: 0
what the fuck is up with automatic noko on boards that get half a dozen posts a day?

The birth of butthurtSpammerSpergy in glorious HD

R: 3 / I: 2
The key to a kino nu!chon lurking experience imo lies in accepting the fact that bort speeds will prolly never return to 2012 tier levels

This will only work on /new/ /meta/ and /gm/ however

ITT we discuss whether de NuChon should implement it aswell 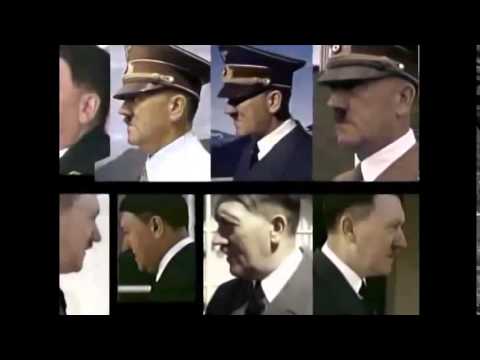 Some are true some are just fun theories

Rate the plausibility of this

R: 8 / I: 5
>Disclaimer: this post and the subject matter and contents thereof - text, media, or otherwise - do not necessarily reflect the views of the 8kun administration.

R: 0 / I: 0
Nu rule for dwarfbish: Provide one titty picshur w/timestamp before each thread is submitted heh

R: 6 / I: 2
Why the fuck does that skitzo bitch get a free pass in spamming her shitty schizophrenic ms paint scribblings on r9k and any post saging it is deleted

This is honestly worse nepotism than with the turkfaggot back then