R: 0 / I: 0
Found out about these earbud things that supposedly help curtail tinnitus
https://www.flareaudio.com/
Thought I'd share with you guys who may have tinnitus too

Have a nice day and remember to stay hydrated.

R: 20 / I: 3
so for the first time in my life I think I may actually be addicted to alcohol. I started drinking at 14 but really didn't have that many opportunities until college. my froshman year I went hog wild and almost flunked out. turning 21 was pretty anti-climatic because drinking was old hat by then. I was just a moderate drinker for a while after college because I was working all the time. I didn't drink on work days, rarely drank two days in a row. I do most of my drinking alone because I do most of everything alone. the times I was drinking with others I treated it like a competition for some reason. I always felt like I had to drink more than everyone else and that kind of became my reputation. it lead to more than a couple really embarrassing moments with friends.. but since I rarely hung out with friends it wasn't that big of a deal.

nothing really changed until the last several years my work became easier and easier while I cared about it less and less. drinking for me has never been about 'why' but 'why not'. 'I can't drink today because I have things to do tomorrow.' all of these came to a head when covid arrived and I was home all day every day. now there are zero expectations from my work. I've been bored out of my mind and the only thing that makes the time pass is getting drunk then playing guitar or fucking around online.

I wake up thinking, 'fuck I drank too much last night I should give it a rest today' but by 5-6pm that feeling has gone and I start thinking 'it's no big deal.. let's have a drink.' occasionally I decide to make rules about how I drink like only drink a pint of liquor or only drink when I'm out with other people. this never works. if I skip a day of drinking then the next day I feel like 'shiiiiit you didn't even drink yesterday so getting drunk tonight is cool.'

I don't think I have physical addiction yet but sometimes I'm not so sure. sometimes I wake up with the shakes. a lot of mornings after drinking I wake up and my heart is pounding and I'm super anxious. I'll have to take a benzo to keep from having a panic attack. I don't feel like I have to quit but I know I'm overdoing it and I'm afraid I'll reach a point where I won't be able to stop. if I do ever stop drinking though what little social life I have will stop because that is what all of my social activities have been based on. my friends are really just drinking buddies.

R: 16 / I: 4
I like jerking off to big tits. The bigger the better. 2d, 3d, 4d, it doesn’t matter. I like when they bounce, I like when she bends forward and you can see em hang. I like when she sucks on her own, or gets them sucked on by another chick. Bonus points if they are full of milk. The best part though, is the slow tease and reveal of big titties coming out to play. Nothing better than a nice view of cleavage that gets bigger and bigger as she slowly pulls down on her shirt. Sometimes I dream about being a mountain climber, but instead of climbing a mountain, I’m scaling a huge pair of tits and I make camp at the nipple, because of course I can’t climb the whole thing in one day. Sometimes I dream about being Atlas and holding up the biggest breasts in the universe.
R: 4 / I: 0

Sometimes the sacrifice for freedom is too great to endure. What silly rodents are we to let our hunger leave us stuck in this pattern.

R: 13 / I: 0
Do you guys remember agatha? I was watching some of her videos on an archive and it struck me how ephemeral they really were looking back. The quality was on point though, she really was genuine, most e-thots wish they could have a drop of that charm in their videos.

I think if I were to pick a couple of videos that stand out to me they would be her tour of her bedroom, her mukbang with elle, and her hairbrusshing video(the first one i ever saw). I think she was the first ASMR "artist" that really turned me into a believer of the genre.

>hair brushing vid - just her humming and brushing her hair, so cute. first vid i saw but deft not her greatest 7/10, mostly cause it' was my intro to her.
https://www.youtube.com/watch?v=fIFQBDuAW7Q

>room tour - great insight into a girls room(never seen one before this) and that she had a few interesting hobbies and pasttimes. I like her decorations, ironically this was probably one of her more personal vids even tho she isn't featured at all 10/10
https://www.youtube.com/watch?v=I21sJpN-H6I

>mukbang with elle - really liked their relationship in this one, the mukbang itself was very tasteful, not them gorging themselves on food like some of the fatasses you see typically doing them, nearly 45 minutes of cute elle and agatha being dainty and insights into what it's like to be a jewish girl raised under the jewish culture, 10/10
https://www.youtube.com/watch?v=frxIEQY0tmg&t=874s

>Ejaculation causes a severe drop in dopamine (makes you want to accomplish things), a drop in oxytocin (love and self-worth) and a large boost of prolactin (chemical used by pregnant women to produce milk). After this it takes 17 days to return to normal, healthy baseline
http://sites.tufts.edu/emotiononthebrain/2014/11/18/postcoital-neurochemistry-the-blues-and-the-highs/

The Rules of /nice/

In addition, while /nice/ has a deep rooted cultural history of kindness, compassion and generosity, these are not to be enforced and the full spectrum of emotion (or lack thereof) is to be allowed.

R: 10 / I: 4
By popular demand we've added a new Safe For Work general chat board with no robot and a very specific ruleset. Please enjoy yourselves, Anonymous! 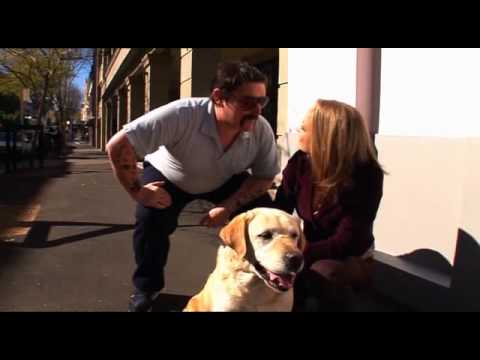 R: 2 / I: 0
Are you an 'ard man or a thin-skinned sissy boi? Is it possible to mentally toughen up or is it something you're born with?

R: 2 / I: 0
hey cucknar what was that esoteric book you read in prison and became all mindful and shit?

R: 2 / I: 0
Just made this gif. Can you even imagine anything more beautiful or precious?

Wait its not letting me post the gif. I'll try reply with it

R: 11 / I: 4
I've been doing research on my ancestry with the aid of ancestry.com and according to their DNA results I'm 6% Native and 1% Spanish, and this particular strain of my blood comes from New Mexico. However looking at my rather long family tree, the entirety of this heritage has Spanish names and comes from Spain. This obviously isn't accurate, given that my grandmother also has very little Spanish blood, but about a quarter native blood.

However recently I looked up the family name from New Mexico and discovered they're a very prominent family that had many genizaro working for them, that is Native American slaves purchased from the tribes over there. The Spanish would purchase genizaro from the indians, adopt them into the family and give them the family name. They would also breed these slaves with one another and eventually entire villages formed of ethnic Native Americans who were culturally and linguistically Spanish.

Given the DNA results of myself and my grandmother, the only possible explanation for the discrepancy is that the small portion of my native ancestry were entirely genizaro and the lineage records were falsified.

Should I demand reparations from the Navajo and Apache? Redpill me on the genizaro and Native American slavery.

R: 13 / I: 3
>have Lucoa friend with benefits
>see her off and on for 6 months
>blast her full of coom ironically March of last year
>come to suspect she's seeing other dudes
>block her
>follow her social media accounts in the event she's pregnant
>after about two months she deletes her facebook
>deletes instagram
>stops using snapchat
>her tiktok goes inactive
>about 8 months later she becomes active again on tiktok
>no signs of a baby besides this mysterious absence and destruction of social media
>check today
>her tiktok page now describes her as a "Single Mom"
>made an account with a random pajeet name and try messaging her
>can't
>comment on one of her videos, asking why she vanished for most of last year and if she had a baby
>>"Sorry babe 🤣😂"

I think she mistook me for a random fan of hers. What would be the nice thing to do in this situation? Preferably I'd like her to give me the child if it's mine.

R: 6 / I: 0
I need a chocolate drink divination reader here.

WHAT DOES IT MEAN?

R: 3 / I: 0
I have ADHD and hyperfocus and when there's an unresolved matter it's hard for me to think about anything else. That might sound like it makes you really productive, but actually it's lead me to do many unproductive things especially as a child. For example, cheat sites would have gameshark codes, but it's not like they would have a list of everything, so a lot of the time if I already knew what a code was for I would just repeatedly change the last 2 bites over and over again to see what would happen, for days even. I generally will keep going until I get bored. It's hard to do anything else because I have one thing on my mind. Trying to pry me away before I'm finished will only make things significantly worse. I wish people could have understood this, but I don't tell anyone about this in real life, because if they take it seriously they will just lose respect for me for being 'mentally ill', and if they don't take it seriously they will just think I'm a faggot who makes excuses. There is no winning. Seeing all these vagniggers whine about their 'mental illness' on social media has only made me more hesitant.

R: 7 / I: 0
been taking psyllium husk for the last few days
today after lunch and a can of monster zero it all came out
filled up the whole bowl with floating light brown psyllium shits

R: 7 / I: 0
all my life i thought barry manilow was a overweight black guy singer
wtf

man this is some baerenstein shit